Our local guide told us straight up, there are two things you need to know about Dhaka:
1. the weather can be challenging
2. the traffic is terrible

No arguments on the first point. This year the monsoon has lingered, so Dhaka is still quite humid and prone to short downpours.

Let me tell you what I know about point 2! In summary – it’s true.

Within half an hour of leaving the hotel on day 1 we were stuck in a jam. There were two possible reasons. With the Prime Minister’s office literally just a few hundred metres ahead, and it being somewhere between 8:30 and 9:00, it could simply be that she was on her way to work and her security people had shut down the streets between her residence and her office. Plausible. The other, more sinister possibility was that it could be to do with some student protests that had begun a little earlier in the morning, where students were apparently throwing stones at vehicles and causing pandemonium, leading to some significant road closures.

Judging by the armed military personnel on the streets, it seemed likely to be the first one. Here are a couple of pics I took while waiting it out. 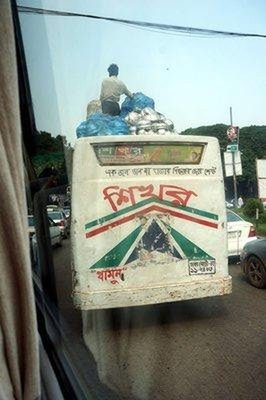 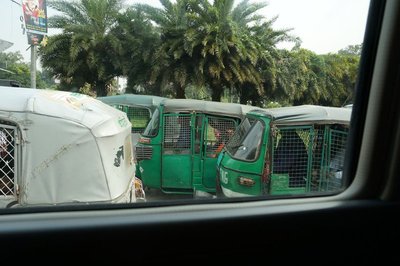 Then at the end of the day, we had about 3.5km to drive back to the hotel. The estimate, based on the time of day, was that it should take about 45 minutes. Well, it took just over 3 hours. Two particular roads – both the normal route and the sneaky shortcut – took an hour each to inch along. This time we were fairly certain the situation was exacerbated by the student protests, but having an explanation was cold comfort.

After enjoying a wonderful cruise along the Buriganga River that afternoon, and seeing people do their afternoon commute by rowboat, I know which one I would prefer. 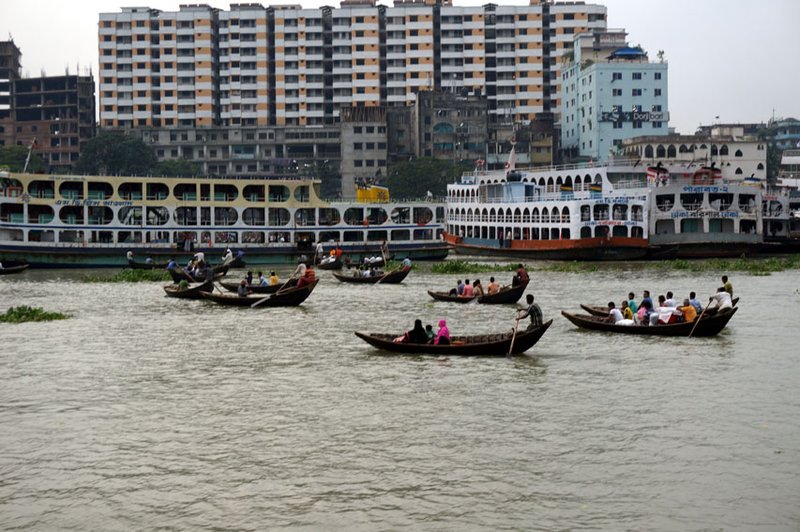 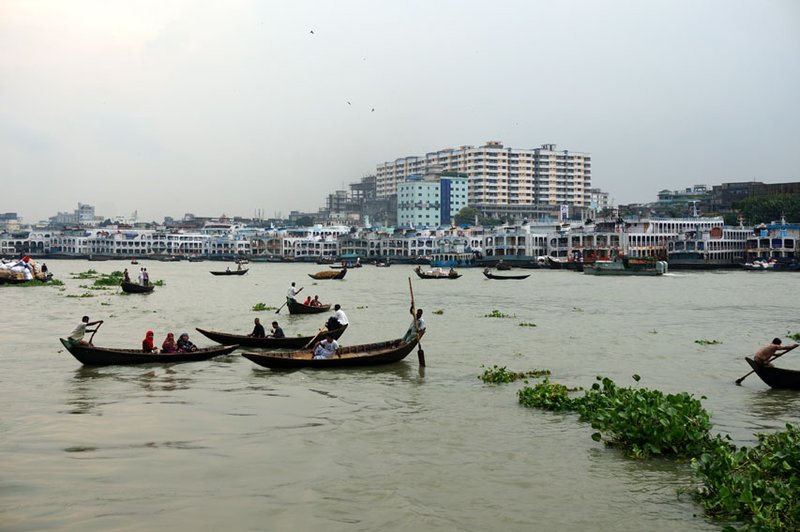 Previous Next Table of contents

I am happy to know that you have visited our country Bangladesh. And its really a crowded city and jam city. In the next visit I am inviting you to rent a car from Khaled rent a car which will help you to explore the tourist area in Dhaka city.

Comments on this blog entry are now closed to non-Travellerspoint members. You can still leave a comment if you are a member of Travellerspoint.

If you aren't a member of Travellerspoint yet, you can join for free.